9th step of my « Tour de France » : my introduction to apiculture with the Chevarin family.

In this 4 minute video, you will discover the « Radish Apiary » (Rucher des Radis) as well as Jérôme’s answers to my « childish » questions.

Nothing to be ashamed of, I could not respond these questions before Jérôme and I met in the BIOTERRE masters at Sorbonne Uni:

As mentioned in the video, Jérôme started working with bees so the fruit trees could bear fruits. Because (and I had forgotten about this) without the free labour of the pollinating insects, 80% of flowers would not be fertilized and would not give fruits.

The fascinating documentary « The silence of the bees » by Doug Shultz (2007), showed on National Geographic in 2008, highlighted the difficulties that the bees disappearance causes in a Chinese province where farmers had to pollinate by hand, in order to save their pear harvest. In the region, bees and other pollinating bugs have completely disappeared since the 1980’s due to the uncontrolled use of pesticides. The labour cost is then huge: in the US for instance, about 90 billion dollars is spent on pollination crops per year and that doesn’t even take into consideration other negative impacts causing the bees disappearance.

“without bees, flowering plants wouldn’t exist and without flowering plants, there wouldn’t be bees […] They’re called cornerstone animal species, as they allow and maintain the ecological balance of all ecosystems. Hence, their extinction could lead to a domino effect with the disappearance of many other species and the destabilization of ecosystems as well as agro systems. » (Extract from Jérôme Chevarin’s Masters thesis « BEES : BIODIVERSITY « ENHANCERS » OR BUZZZZ EFFECT !? »)

More precisely, Jérôme was telling me how genetically poor and sensitive to diseases bees are and how surprising it is to not have them more often attacked by viruses and bacteria. There is about 60 to 70% of humidity inside a hive with 35°C in constant temperature, which makes this environment very favourable for the development of diseases.

“And yet the hive defends itself, not individually but globally, notably thanks to the propolis they collect on buds and bring back to the hive. The hive is protected by the propolis like a 2nd skin. It is an antiviral, antifungal and antibacterial. What’s good for hives can also be good for people; propolis virtues have been known and used since Antiquity. “ 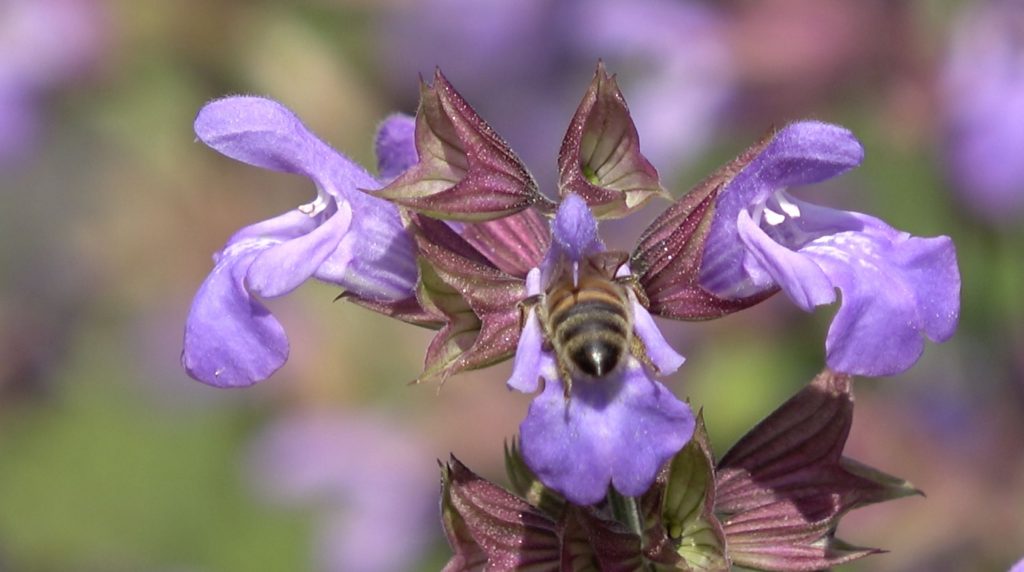 The answer is unanimous, according to Jérôme as well as other apiarists, such as Rodolphe (a friend from my training « Organic agriculture and sectors » at the Sainte Marthe farm)

« the apiarist job has evolved since our grand-parents. There used to be much less diseases and of course, there was no pesticide. Bees are insects, so as soon as a farmer uses insecticides, he not only kills insect pests but also pollinating bugs. This job has become uncertain, more complicated and more technical », they say.

It is difficult to admit that our system destroys what’s been evolving for thousand years. Jean-Maris Pelt used to say

« we measure, by observing comparatively the anatomy of flowers and insects that fertilize them, the adaptive effort they both had to make in order to have a successful union. Between them, the partnership is finer and more elaborated and it has been implemented and improved along millenniums » Jean-Marie PELT, botanist and ecologist, founder of the European Institute of Ecology (Metz).

Jérôme not only has hope, he is just like Pierre Rabhi’s humingbird, building its part of the ladder. 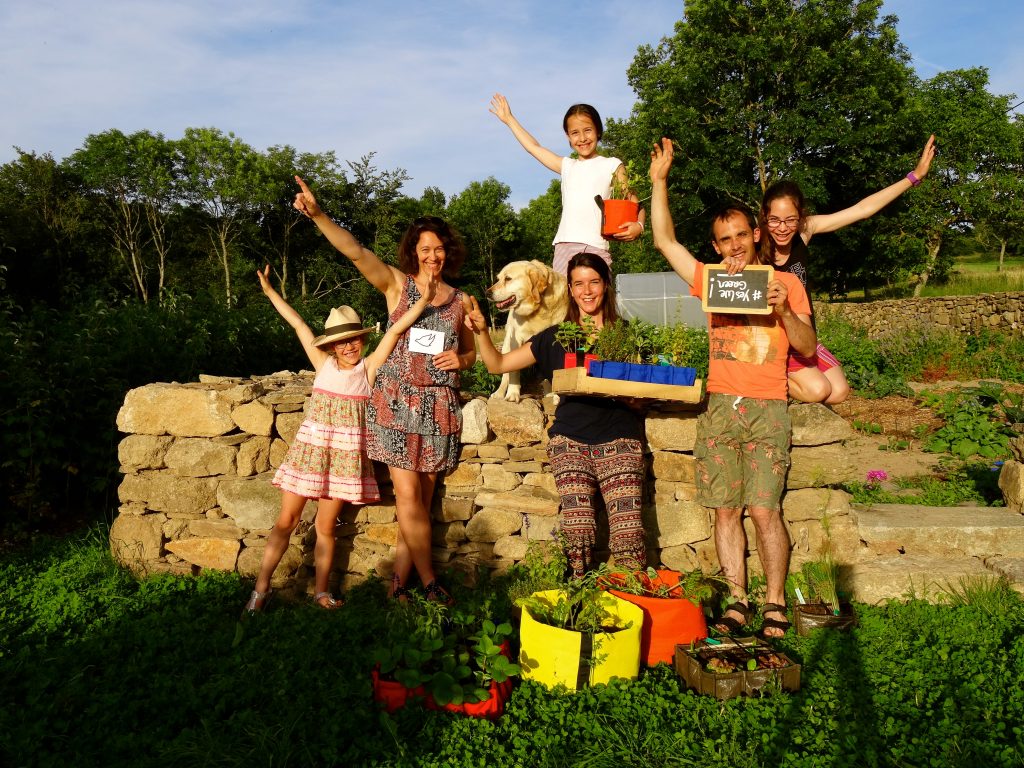 To me, Jérôme is a territoy pollinator. Officially, that doesn’t mean anything, but to me it means that he locally pollinates lots of flowers, which start bearing fruits.

We are talking about hundreds of people that Jérôme reached through his speeches about apiculture and honey tastings:

As for me – thanks to all good times with Jérôme, Laurence, their daughters and friends – one thing is for sure: I am an amateur apiarist on the go!

There is no chance for my farm project inspired by permaculture to be void of bees and other thousands of beneficial insects.

Thanks again for everything and see you all real soon!